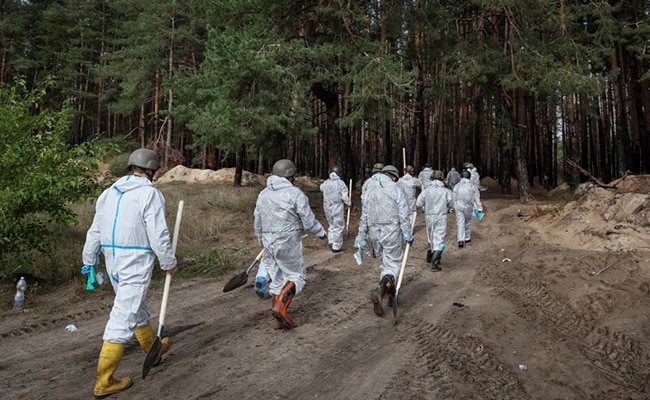 Hundreds of bodies have been found in Izium. (File)

A UN mandated investigative body intends to investigate a mass burial site near Izium, in eastern Ukraine, where hundreds of bodies have been found, its head said on Friday.

“This is of course a novel incident but we certainly intend to look into the Izium event as well,” Erik Mose, who heads the Commission of Inquiry on Ukraine, said at a press briefing.

Asked about whether crimes against humanity had been committed, Mose said that the commission had not yet reached that conclusion citing both a lack of evidence and analysis.

HOKA ONE ONE Mach 4 Mens Shoes

Over 700 Protesters Arrested In Iran, Including 60 Women

As Anti-Hijab Protests Rage, Iranians In Iraq Tell Of Repression At Home