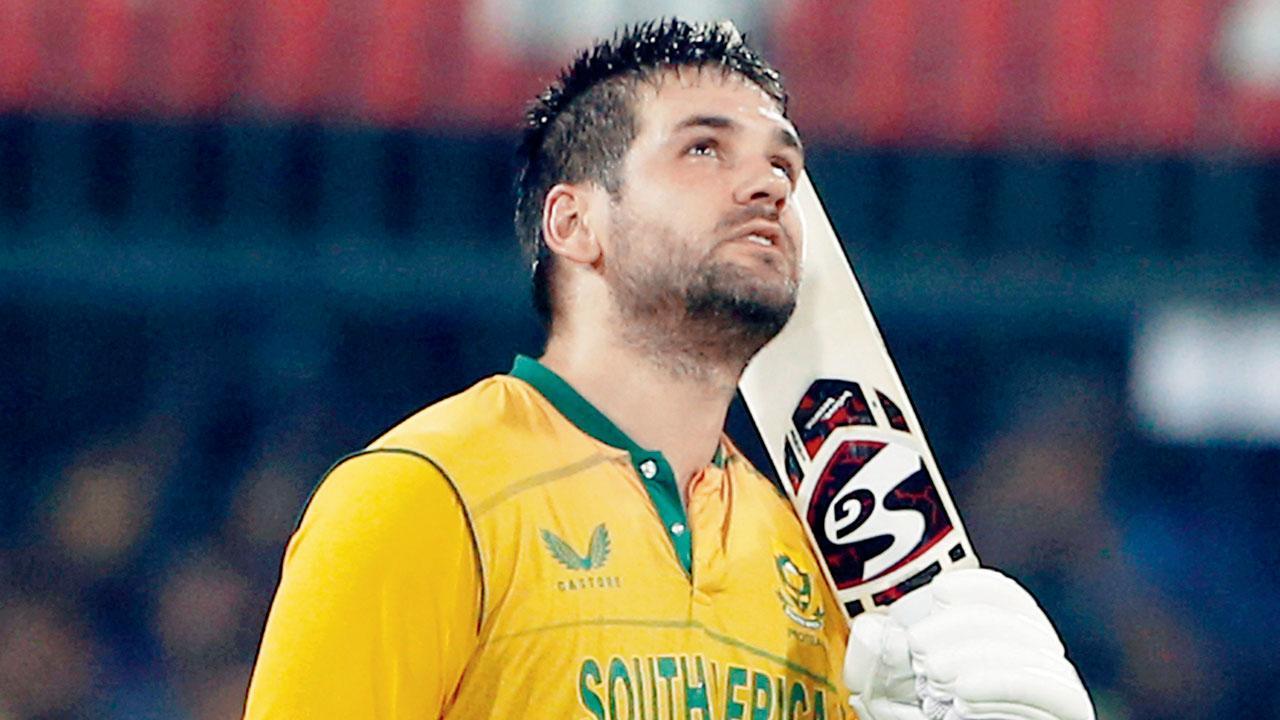 Finding form is only a matter of time as long as one remains confident about their abilities, said South Africa batter Rilee Rossouw after smashing a memorable hundred against India following two zeroes in the first two T20s. Having made his international debut back in 2014, Rossouw has been in and out of the South African side, featuring in 36 ODIs and 21 T20s.

However, he has made a name for himself in franchise cricket having played all around the world. The southpaw was in devastating touch in the third T20 on Tuesday, hammering an unbeaten maiden 100 off 48 balls to set up his side’s 49-run win over India. The IPL auction is round the corner, but Rossouw said it was the last thing on his mind as he only looked to get a run on the board.

“As a professional sportsman you are going to have bad times. It is just about backing yourself having the confidence in your ability no matter what type of form you are in. Had a chat with our assistant coach. Confidence plays a big part in scoring runs,” Rossouw said at the post-match press conference. “I really believe in my ability, I have shown it through out the world. It is never a confidence issue for me, it is just form. The auction is not in my control. I was just trying to get one run tonight first. It panned out pretty well for me,” he added.