The S&P 500 has rallied a bit during the month of November, as traders are trying to get an idea as to what the Federal Reserve will do next. There’s a lot of hope out there that they may begin to slow down the rate of interest rate increases, which in and of itself is a little bit more bullish than what we have seen. However, the reality is that the Federal Reserve will have to keep rates higher than usual for a while, so even if they do slow down it is going to weigh upon the stock markets overall.

It’s worth noting that the 4000 level continues to cause a lot of psychological problems, and the 50-Week EMA is sitting just above it, continuing to be an area of interest. In this environment, it would not surprise me at all to see this market pull back towards the 3800 level, but you can also make an argument for a move to the upside based on some type of announcement during the month of December. Core PCE comes out December 1, which is the Federal Reserve’s favorite measure of inflation, so if it comes in really hot, people will start to price and the idea of the Federal Reserve becoming more aggressive. There are also several employment numbers that will come into the picture as well, so that obviously will be paid close attention to.

It’s amazing how deaf they are to what is being said, but at the slightest hint of dovish behavior, Wall Street will take that signal and run with it, as they typically do. There is also the possibility of the so-called “Santa Claus rally”, which is when money managers try to buy stocks at the end of the year to show their clients that they own some of the better performers.

Ready to trade our S&P 500 monthly analysis? Here’s a list of some of the best CFD trading brokers to check out. 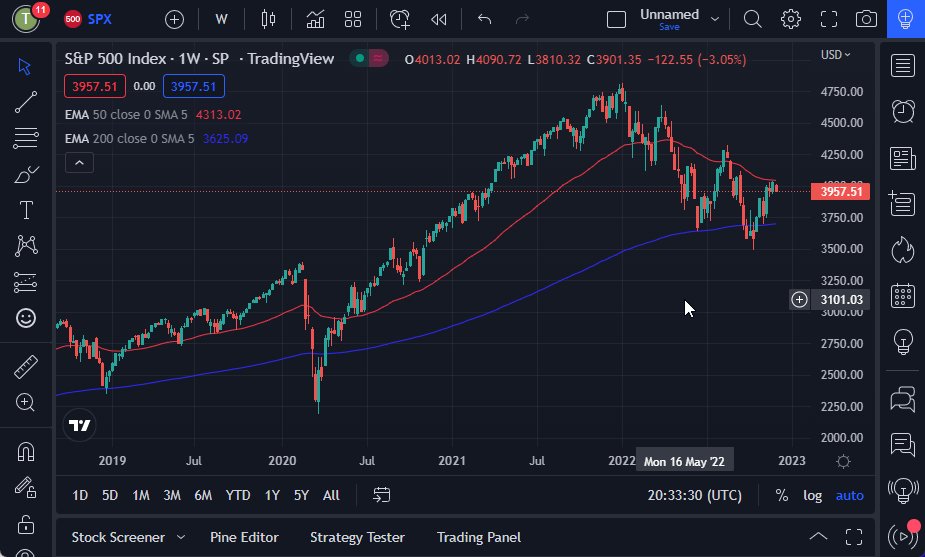