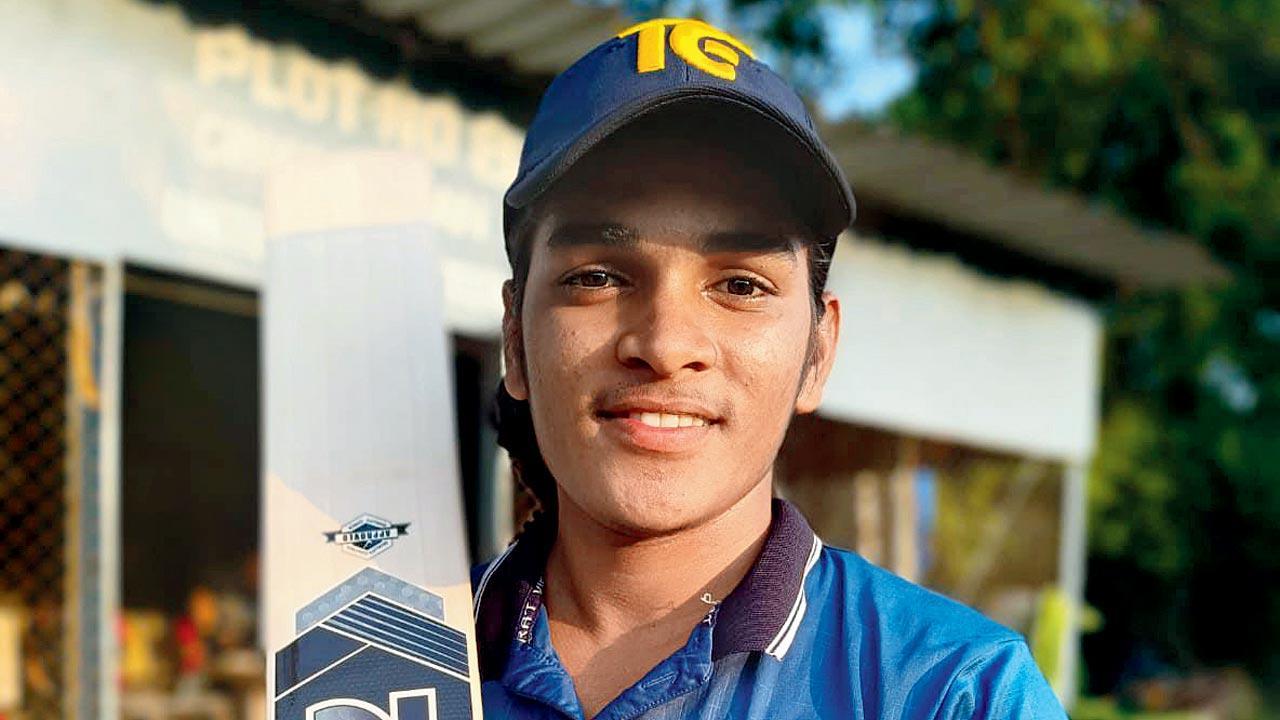 If you have a desire to excel, nothing can stop you. Not even a poor family background.Mumbai’s Dharavi-based Simran Shaikh, 20, is the perfect example of  that.

Simran will represent India ‘C’  in the Senior Women’s T20 Challenger Trophy starting in Raipur from today. She revealed to Sunday mid-day how she started providing financial help to her family at an early age.

“When I was around 13 or 14, I played tennis ball cricket tournaments with boys. We won trophies and cash awards most of the time. We used to share the cash prize, of which I used to get around Rs 1,000 after every tournament. I used to give that to my dad, because our financial condition was not good.

“My father [Jahid Ali] is a heart patient. He  had a bypass surgery 18 months ago. He used to work as an electrician-wireman, but because of health issues he is unable to do so now. Now that I am playing for the senior Mumbai women’s team, I try and give all my match fees to my family,” Simran said from Raipur.

Simran’s childhood coach Ajay Yadav calls Simran Rocket for her electrifying fielding at point and in the cover region. She credited Yadav for improving her fitness and building her strength during training sessions which were held during the monsoon months at Chowpatty in south Mumbai.

“Ajay sir has been guiding me for the last six to seven years at Rumde Cricket Academy, Cross Maidan. He has never charged me any fees. I used to bat for around an hour in the nets and then enjoy our special fielding drills on a daily basis. He always gave me a chance to play practice matches against the boys. I am called Rocket, thanks to Ajay sir, because of my agile fielding and accurate throws. My fitness and fielding standards have improved only because of his fitness training. Running on sand at Chowpatty helped me extensively,” Simran remarked.

‘She’s ahead of the rest’

While highlighting Simran’s strengths, Yadav reckoned her attitude and commitment levels are  far ahead of others:  “Simran is different from other players. She never gave excuses to avoid extra batting or fielding drills. She had that hunger right from Day One. I always tell other kids that one day she will play for India. And now she’s almost there.”

Simran’s father Jahid Ali, 51, is super proud of his daughter’s achievements. “I have four daughters and three sons. My elder daughter is married. Simran is my third child and the others are quite young. I have not been able to work for more than a year because of health issues. But Simran has provided our family financial support as now she is representing Mumbai and India ‘C’.

Simran feels that she is ready for the big stage and has all the qualities to be an international cricketer. “I think I should have played for India a year ago, but it’s okay. Now that I have got a chance, I will give it my best. There are a lot of similarities in my game to that of Harmanpreet Kaur and Shafali Verma. Yes, they are experienced players and hence have a strong mindset, but I have all the shots that they possess,” Simran signed off.

It`s good fun having captaincy: Josh Hazlewood on captaining the side