There is a huge negative correlation between gold and interest rates, as well as the US dollar.

There is a huge negative correlation between gold and interest rates, as well as the US dollar. It’s much easier to hold paper than it is to pay for storage of metal, and I think that’s essentially what you are seeing here. Furthermore, there is a downtrend line that sits just above, and it does look like it is offering a little bit of psychological resistance if nothing else.

At this point in time, I think the market got far too ahead of itself as a lot of people had inferred from the Reserve Bank of Australia only raising 25 basis points that perhaps central banks were going to pivot. However, last night we had seen the RBNZ go ahead and raise 50 basis points, suggesting that the economy is not necessarily starting to make central banks pivot. After all, Australia has a much larger part of its economy that is directly exposed to the housing market, so therefore interest rates are a bigger deal there.

The gold market will continue to look at the $1680 level as an important area, as it was a major support level going back several years. However, we have sliced through a couple of times, and sometimes you see this, as a recovery sees a bit of a “throw over” in this situation. The market has gone back and forth quite violently over the last couple of days, so I think we are just trying to build up enough momentum for the next move. With this being the case, I think it’s probably only a matter of time before we see volatility make something break, and in this general pattern, you quite often see the market roll over quite drastically. I have no interest in buying this market, at least not until the US dollar changes its longer-term attitude and momentum. 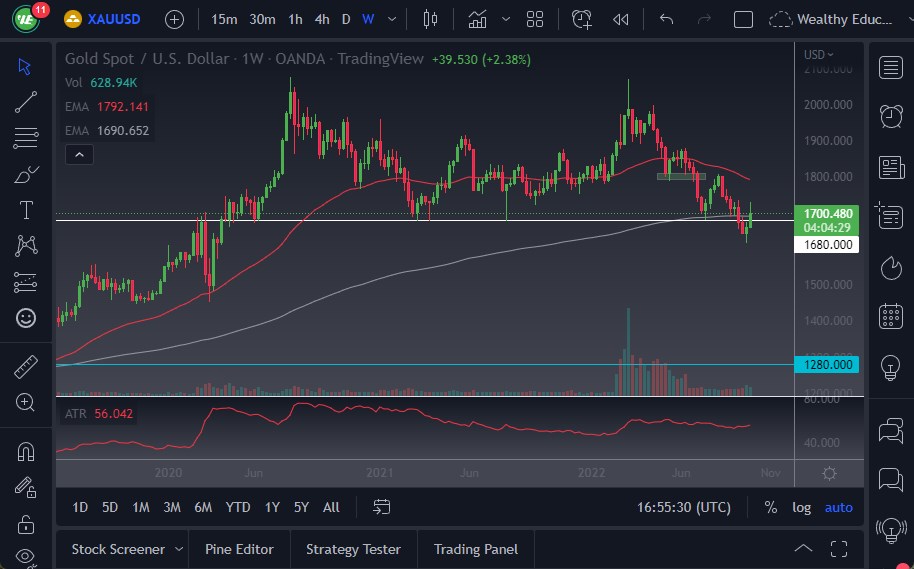 Ready to trade our Gold prediction today? Here’s a list of some of the best XAU/USD brokers to check out.