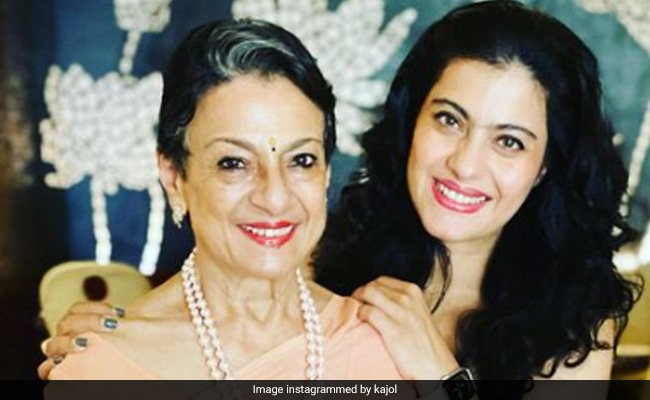 Veteran actor Tanuja is celebrating her 79th birthday today, but what caught our attention is her daughter Kajol’s birthday post for her mother. Sharing a video on Instagram, Kajol wrote a long note in its caption. The video features many scenes of the actors from her different films in the past. Kajol added Raat Akeli Hai song in its background. Kajol’s caption read, “She’s completed 70 odd years in the movies and 48 as my mother… through this entire journey never once did I feel anything but safe and loved… so many trials and yet she discussed everything that makes a life worth living with us.”

She added, “From death to compassion to charity to anger bitterness love and forgiveness. Like she says ” if I keep telling u these things then one day they will take root when u need them most “… and I thank u every day for making me a thinking responsible feeling adult… u taught us to soar not by throwing us off the cliff but by flying off it yourself and letting us watch u soar unafraid. I will always be ur first lieutenant and commander of ur armies and you will always be my captain and my queen.. love u to the moon and back mom.”

Many commented on the actor’s post, wishing the veteran actor on her special day.

Ajay Devgn too wished his mother-in-law. The actor posted a picture of her on his Instagram story and captioned it, “Happy Birthday.” 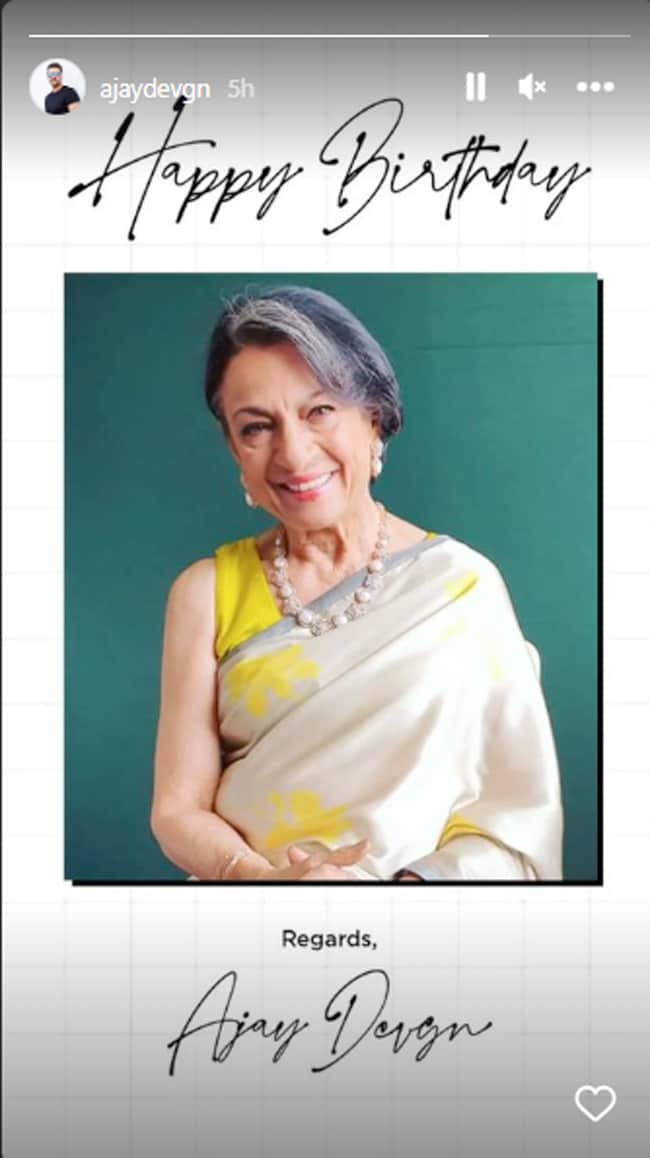 Tanuja Samarth, famously known by her first name, made her acting debut as a child artist in the 1950 film Hamari Beti, later she appeared as the lead actor in the 1960 film Chhabilli. Tanuja was a popular actor in the late 1960s and 1970s. She married filmmaker Shomu Mukherjee in 1973. The couple are parents to Kajol and Tanisha.

Om Raut On Trolling Of Adipurush Teaser: “I Was Not Surprised”

Boney Kapoor On Her English Vinglish Comeback After 15 Years

What She Did After 2 Days “Sleeping Or Crying”