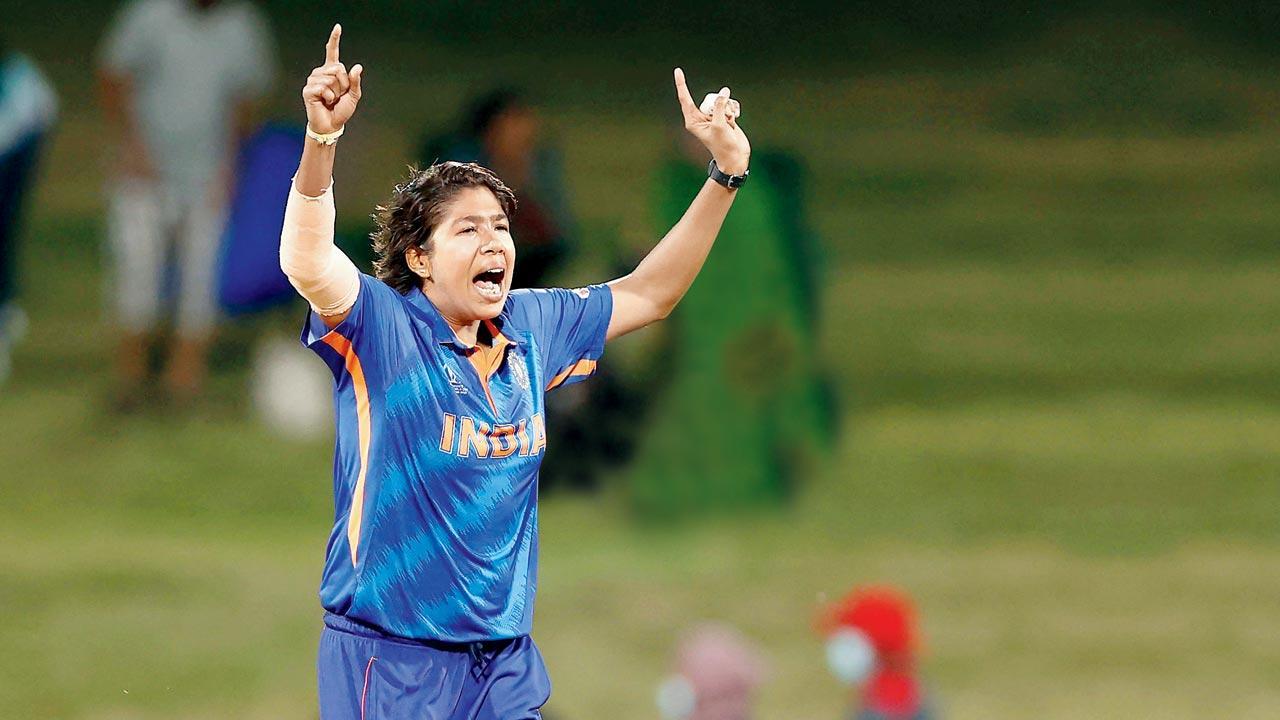 Not winning an ODI World Cup will be her “only regret” in an otherwise distinguished two-decade career, India’s fast bowling great Jhulan Goswami said on Friday as she gears up for her final international game.

Goswami will retire after the third ODI against England at the iconic Lord’s on Saturday.

An emotional Goswami said she is grateful to the game for giving her name and fame, but not having a World Cup trophy in her cabinet will remain an un-ticked box.
The Indian team had finished second-best during the 2005 and 2017 editions of 50-over World Cup. “I have played two World Cup finals, if we had won at least one, then it would have been very nice for me and the team. Every individual works for that goal. We played two-three finals, but we were not able to win, that remains my only regret,” the 39-year-old pacer said ahead of the third and final clash.

“You prepare for a World Cup for four years. There is a lot of hardwork. For every cricketer, it is a dream-come-true moment to win a World Cup. But from where I am looking, the graph of women’s cricket has only gone up. When I started I never thought of playing for such a long time. It was a great experience. I am fortunate to play the sport.

“Honestly, coming from a humble background and a small town like Chakdah [in West Bengal’s Nadia district], I did not have any idea about women’s cricket and how professional setup works. I am fortunate enough, thanks to my family and parents, they always supported me,” she said.

Goswami said receiving the India cap was the most memorable moment of her cricketing journey. “My best memory is when I got the India cap from my captain and bowled the first over because I never imagined [that I will play for India]. The journey was difficult as I had to travel for two-and-half hours by local train one way every day for training.”

With India taking an unassailable 2-0 lead in the series, Goswami now just wants to end her illustrious career on a high note. “It is very much important to finish the tour on a high note and continue the way we have been playing in the last two matches.”

203
No. of ODI matches Jhulan Goswami has played

353
No. of international wickets claimed by Goswami

“Power Game Is Back…”: Ex-India Star On How Virat Kohli Turned The Tide