After the conclusion of Wednesday’s FOMC meeting and the expected 0.75% increase in the federal funds rate target, all eyes will be on the Fed’s statement and summary of economic outlook. The Fed Chairman Jerome Powell can discuss the Fed’s view on the impact of High interest rates on the US economy.

Interest rate increases are likely to slow after this week with a 50-basis point rise in November, followed by 25 basis points in December.

Technically, the index settles below the main 31,000 support level, which increases negative pressures on it. Especially amid its trading along a short-term bearish corrective slope line, as shown in the attached chart for a period (daily). In addition, with the negative pressure continuing for its trading below the simple moving average for a period, we notice the continuation of negative signals on the RSI indicators.

Therefore, we expect more decline for the index during its upcoming trading. Especially throughout its stability below the 31,000 level, to target the pivotal 29,653.30 support level. 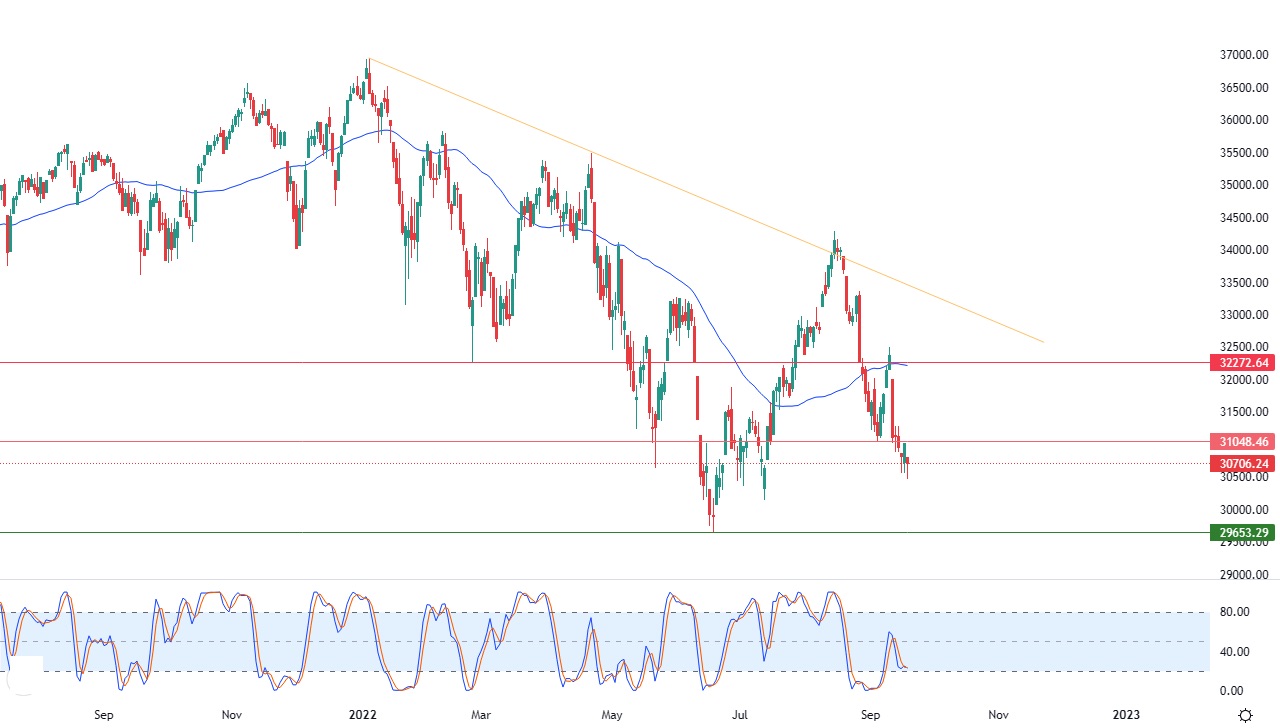 Ready to trade the Dow Jones market analysis today? Here’s a list of some of the best CFD trading brokers to check out.

Price of Gold is Still Weak

The Index is Shyly Rising