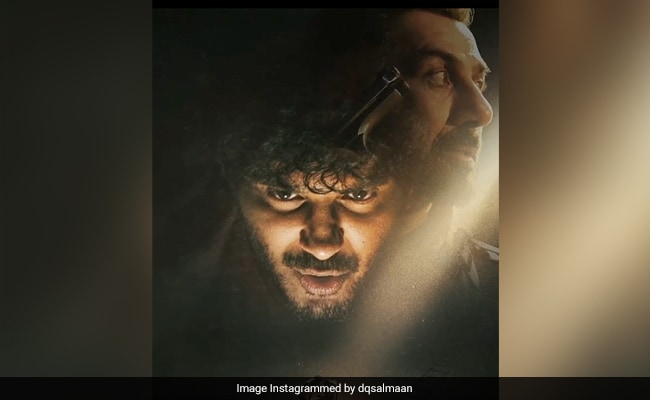 Every filmmaker isn’t an artist. Neither is every film a work of art. Similarly, not every movie reviewer is a film critic. Chup – Revenge of the Artist – ignores these distinctions between the magical and the humdrum to craft a thriller about a serial killer who believes criticism is evil and targets film critics for their opinions.

The technical attributes of the film – the camerawork and the lighting, the editing, the soundscape and the production design – are perfectly orchestrated to create an air of foreboding. They yield the desired results. Sadly, most of it lingers on the surface, leaving the heart of the plot rather soulless and incapable of triggering emotions any stronger than mild repulsion at the graphic and gory killings by a deranged man.

A mild-mannered Bandra florist Danny (Dulquer Salmaan), an enthusiastic rookie reporter Nila Menon (Shreya Dhanwanthary), a hardened police investigator Arvind Mathur (Sunny Deol) and a business-like criminal psychologist Zenobia Shroff (Pooja Bhatt) serve as the four pillars on which the screenplay, written by Balki with film reviewer Raja Sen and Rishi Virmani, stands. And then there is Guru Dutt. More on him later.

The 135-minute film opens with the gruesome killing of a veteran film critic, found bloodied in the loo of his own apartment. Before the halfway mark, three other murders of middle-aged men – yes, only men – from the same fraternity rock the city. In the course of the fourth kill – an art gallery is the site of the crime – the identity of the killer is revealed.

Leading up to this point, the film provides other visual clues for the audience to be able to guess who the serial killer is. The mystery surrounding the gruesome murders does not take firm roots because Chup goes back and forth between the who/why-dunnit and a blossoming romance between a lonesome flower seller and a young woman who has only just moved to Mumbai to further her journalistic prospects.

Post-interval, both the police and the audience anticipate another murder but what we get is a tame cat-and-mouse game involving a decoy critic and a fake negative review of a widely loved film. It ends with evocatively lit sequences that pay tribute to both Guru Dutt and his storied cinematographer V.K. Murthy, with replications of folkloric visual compositions from two of the duo’s most celebrated collaborations – Pyaasa and Kaagaz Ke Phool.

Not only are these two films frequently evoked either directly and through their timeless songs, a couple of the murders are staged with the haunting SD Burman-composed numbers playing on the background. Never before have the sounds of Guru Dutt’s two classic films accompanied the spilling of blood on the big screen.

Original, audacious, godawful – call them what you will, these moments are among the more memorable ones in a film that seems to take itself far too seriously for its own good. Largely devoid of humour, Chup could have used some darkly comic touches to go with its twisted plot.

What the unusual premise lacks, therefore, are a few additional layers that could have helped it transcend the superficial binary of good and bad, appreciative and harsh critiques.

Chup hinges on the inference that Guru Dutt was pushed to an untimely death by the fact that critics pilloriedKaagaz Ke Phool, a deeply personal essay that enumerated the struggles of being a filmmaker in a highly commercialised industry. Much is also made of the fact that the film in question is today universally regarded as a masterpiece. The first supposition is specious, the second is spot-on.

The history of art and literature – and cinema, too – abounds in instances of works that were trashed at the time of their appearance but then went on to grow in value and influence with the passage of time. Indeed, the value of art is rarely determined by instant critical approval (this can only gurantee immediate material gains) but by its capacity for longevity as a cultural artefact. In fact, somebody in Chup acknowledges that Kaagaz Ke Phool was a film way ahead of its time.

So what, pray, is the big deal? Well, Chup ties itself up in knots in trying to find a rationale for the actions of the killer, laboriously delving into the character’s past and the long-term impact it has had on his mind and heart. Too pat, too casual, too bereft of imagination. Not something Guru Dutt would be proud of.

Geeta Dutt’s ethereal voice comes in handy every time Danny and Nila meet. A chance meeting – looking for flowers for her visually impaired mother, Nila finds that Danny grows tulips – a rarity of rarities in Mumbai – in his backyard. Tulips and Geeta Dutt in a 2022 Hindi movie! Wow, talk of method in the madness.

In a way, Chup has the feel of an extended cinematic exercise by a troll intent on showing film critics their place in the food chain. It errs in suggesting that those that pass judgement on cinema for a living – the film gets Amitabh Bachchan (playing himself) to assert that cinema needs critics for its growth – wield the power to make or break the fate of a film.

They definitely don’t in the case of movies that have a life beyond instant reviews either because the star power that drives them is too immense to be affected by criticism or owing to the sheer purity of the art inherent in it. The latter was true of Kaagaz Ke Phool, an ambitious leap of artistic faith that sank not because it fell short, but because in 1959 neither critics nor audiences were ready for it.

One performance that stands out in Chup is Shreya Dhanwanthary’s. She fleshes out a film-loving journo who dares to put her life on the line to achieve her goal and literally at that (like filmmakers of the ilk of Guru Dutt, Ritwik Ghatak and John Abraham did), and gets the nuances right.

Dulquer Salmaan, as always, oozes easy-going charm. If only he went just a tad easier on that aspect of his personality, he would have done more justice to the wide range of emotions that he is required to pack into the performance. Be that as it may, he carries the film on shoulders with aplomb.

Sunny Deol delivers a restrained star turn that goes slightly off-track in the climactic passages. Pooja Bhatt does enough to leave you wondering why more of her character wasn’t written into the film.

Chup is a muddle but certainly not of monumental proportions. That it ventures into uncharted territory is undeniably commendable. But it needed something more to elevate itself above a mere idiosyncratic concept.

Om Raut On Trolling Of Adipurush Teaser: “I Was Not Surprised”

Boney Kapoor On Her English Vinglish Comeback After 15 Years

What She Did After 2 Days “Sleeping Or Crying”