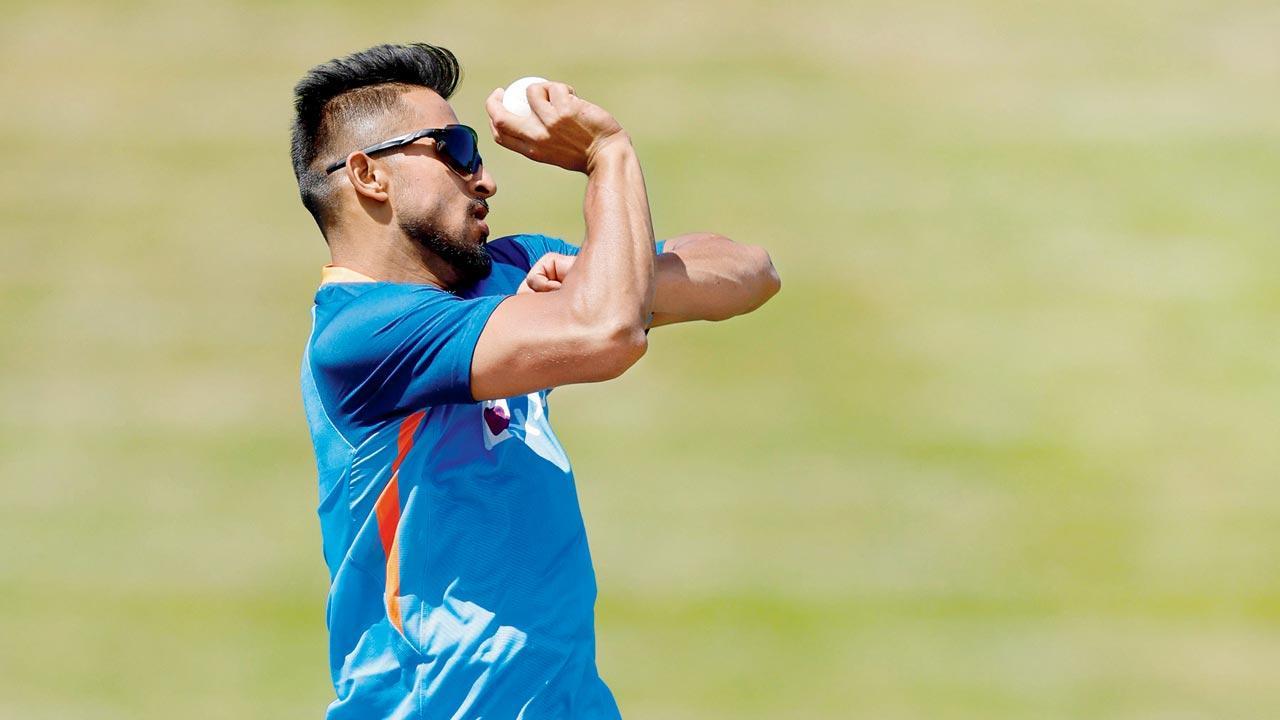 A drastic change in approach is need of the hour for India but the question remains if Umran Malik will be tested in third and final T20 against New Zealand here on Tuesday.

India were expected to try out a bunch of players after another World Cup debacle but if the team combination for the second T20 was any indication, they seemed reluctant to start with a clean slate. Take out the brilliance of Suryakumar Yadav, the team would have struggled to post 160 on Sunday. a grim reminder of its travails in the recent World Cup.

The biggest disappointment was the non-inclusion of Malik in the first game. It has been proved that there is a pressing needed for an out and out pace bowler in T20 cricket and the New Zealand series is crucial to the development of the Jammu and Kashmir-based tearaway pacer. In Jasprit Bumrah’s absence, Malik, who played three T20s earlier this year, should be exposed to the  to the pressure of playing a top team and given a long run.

Going by skipper Hardik Pandya’s post match comments, the management is unlikely to make too many changes for the third T20. India lead the series 1-0 with the series opener washed out. “I don’t know [about changes for the next game]. I’d like to give everyone in the squad a chance but it’s just one more game, so it’s a bit tough,” said  Hardik after the second game.

Facing a must-win scenario, New Zealand will take the field without their skipper Kane Williamson who will miss the game to due to a medical appointment. In his absence, the team will rely even more on opener Finn Allen and No.4 Glenn Phillips to put the opposition under pressure.

Meanwhile, New Zealand coach Gary Stead said, “Suryakumar played an incredible innings out there. Everyone watched in amazement, some of the shots be played. We have had a few discussions already and we will have few more tomorrow before the game around how to combat him.”

Sameer Nair: We aren’t trying to copy, or be better