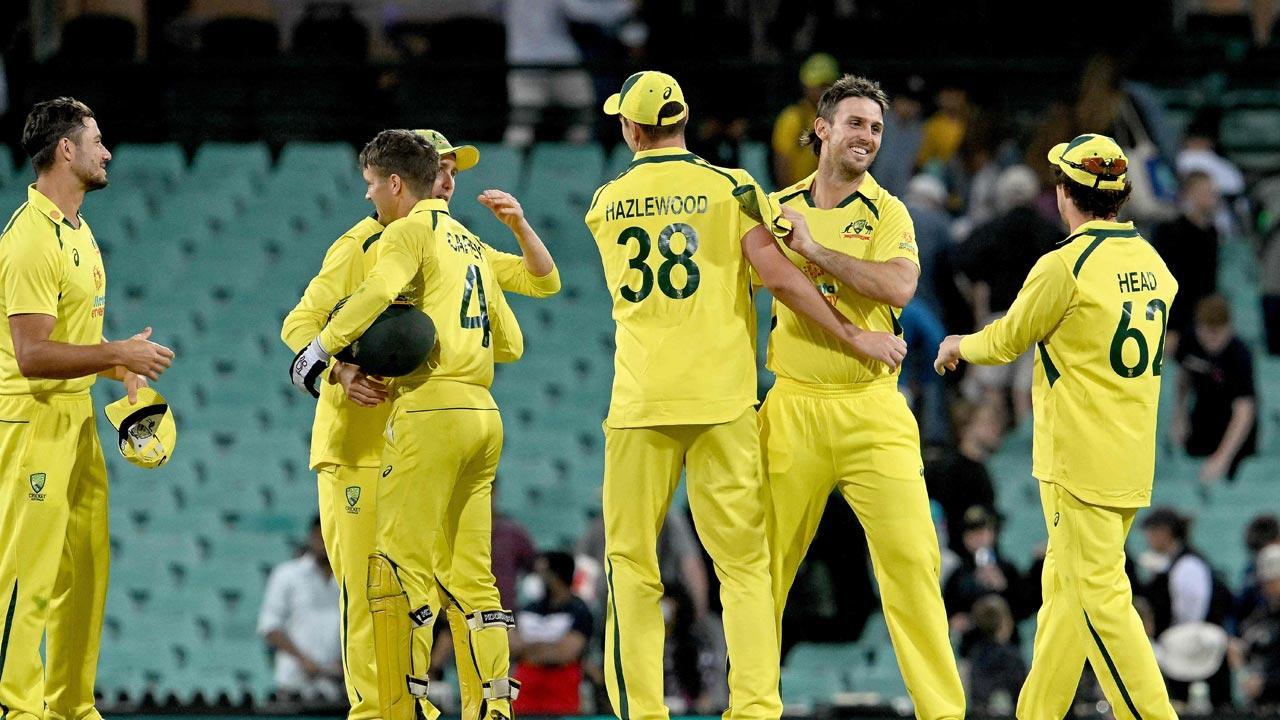 Australia wrapped up the three-match one-day international series with a comprehensive 72-run win over England at the Sydney Cricket Ground on Saturday.

Chasing 281 to level the series after Australia won the first match in Adelaide on Thursday, England appeared well on track as Sam Billings and James Vince shared a 122-run partnership for the fourth wicket. But once Vince was trapped lbw by stand-in Australian captain Josh Hazlewood for 60, the English imploded, losing 4-13 to virtually hand the Australians the match.

On a tricky wicket at the SCG, Steve Smith continued the form he showed in Australia’s six-wicket win in Adelaide with a hard-fought 94 to help Australia to 280-8. The target always looked difficult on a surface that was playing slow with the occasional bad bounce.

Bhuvi conundrum ahead of second T20I against NZ

Mumbai bounce back in style

Pakistan pile on runs, but England still far ahead