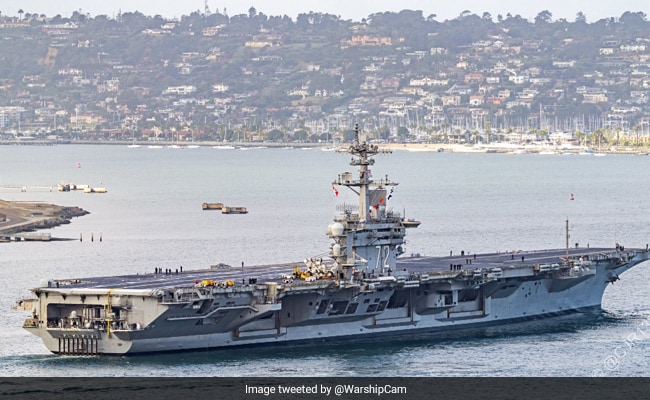 A sailor was accused of starting that fire, but was acquitted. (File)

A fire broke out aboard a US aircraft carrier off the coast of California and injured nine sailors before it was extinguished, the navy said Wednesday.

“On the morning of November 29, 2022, there was a fire aboard Nimitz-class aircraft carrier USS Abraham Lincoln,” the navy said in a statement.

It “was quickly identified and extinguished through the crew’s fire-fighting efforts. Nine Sailors aboard are reported to have suffered minor injuries and have been treated aboard the ship,” the statement said, adding that the incident is under investigation.

The fire comes almost two and a half years after a major blaze aboard the USS Bonhomme Richard injured 21 people and damaged the ship to the point that it was scrapped.

A sailor was accused of starting that fire, but was acquitted.