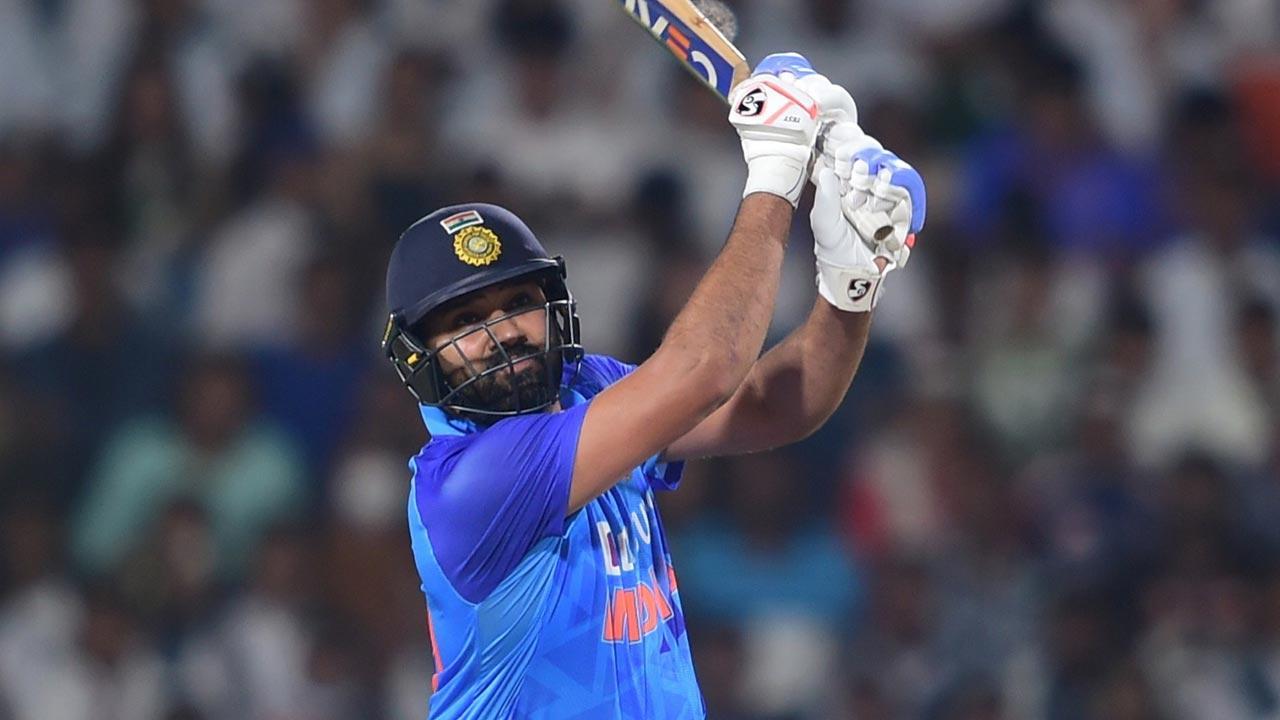 Skipper Rohit Sharma blasted a 20-ball 46 not out as India defeated Australia by six wickets in the second T20I truncated to eight-over-a-side due to wet outfield at the Vidarbha Cricket Association Stadium at Jamtha here on Friday, levelling the three-match series 1-1.

With India chasing a target of 91 in a match delayed by two hours and 30 minutes, Rohit came out with aggressive intent and blasted Josh Hazelwood for two back-to-back sixes in the first over. He continued in the same vein as he ended with 46 runs off 20 balls, hitting four fours and four sixes.

Also Read: ‘Graph of women’s cricket has gone up’

Adam Zampa caused a big scare in the Indian dressing room as he sent back Virat Kohli (5) and Suryakumar Yadav (0) off successive balls but Rohit steadied the nerves as he continued to score runs from the other end. Dinesh Karthik blasted a six and a four off two deliveries in the eighth and final over as India romped to a six-wicket win.

Earlier, Matthew Wade continued to prove a thorn in the side for India in the ongoing series as he blasted an unbeaten 43 off 20 deliveries to help Australia post 90/5 in eight overs in the match truncated due to a wet outfield.

“No Like-For-Like Replacement For Jasprit Bumrah In The World”: Shane Watson To NDTV