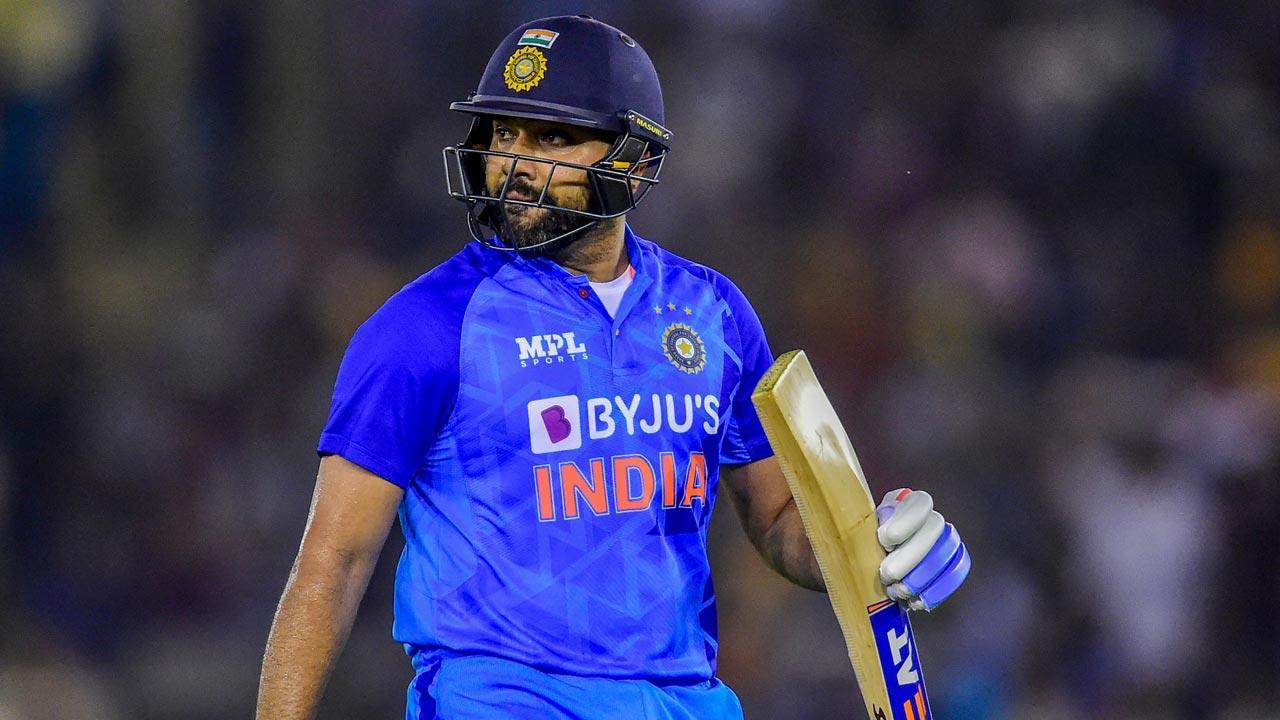 Skipper Rohit Sharma pointed out the poor efforts by his bowlers and fielders as the reasons for India`s four-wicket defeat to World Champions Australia in the opening T20I match of the three-match series here on Tuesday. Though the batters did well, especially Hardik Pandya (71 not out), who made a late charge with three sixes off the last three deliveries of the innings, K.L Rahul (55) and Suryakumar Yadav (46), which helped the host reach 208/6 in 20 overs — their highest score in a T20 against Australia.

But the visitors chased the target easily, thanks to Cameron Green (61 off 30), a 35 of 24 by Steve Smith and a 45 not out by Matthew Wade as they reached 211/6 in 19.2 overs. Rohit said, his bowlers did not bowl well despite defending a big total. “I don`t think we bowled that well. 200 is a good score to defend and at the same time, we didn`t take our chances on the field. That`s about it,” Rohit Sharma said during the post-match ceremony at the Punjab Cricket Association IS Bindra Stadium here.

Also Read: Will take a brave man to write Kohli off: Finch

The India skipper the defeat makes the match a great opportunity to understand what went wrong and where the team faltered.

“I think we batted brilliantly to get to that score. It was a great game for us to understand where we went wrong and what we can do better in the next game,” he said.

‘Five killed in Iran protests over death in custody’

“We Need To Think About How To Bat Against…”: Rohit Sharma On Defeat Against Bangladesh In 1st ODI